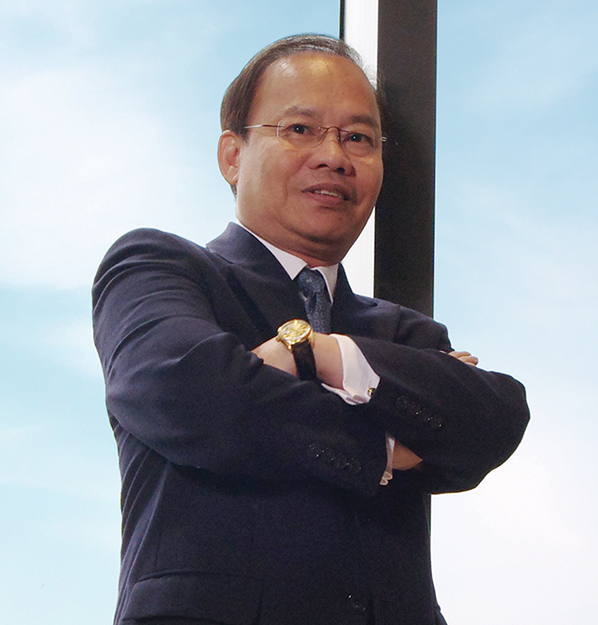 Mr. Marcelo previously served as the country's Solicitor General [February 2001 - October 2002] and Ombudsman [October 2002 - November 2005]. Despite keeping a low profile while still in private practice, he was already acknowledged in legal circles as one of the country’s top litigators. He caught public attention during the impeachment proceedings against then President Joseph Estrada when he was chosen to handle the presentation of the prosecution’s star witness. The Philippine Daily Inquirer, one of the country’s leading newspapers, observed:

“His impeccable courtroom manners, boyish smile and quick, appropriate answers to the questions of the chief justice, senator-judges and defense panel won the hearts of the viewers of the impeachment trial. Simeon Marcelo, one of the private prosecutors in the impeachment trial, handled the direct examination of star witness Governor Luis ‘Chavit’ Singson, and became, in the process, one of the leading lights in this historical trial. x x x During the entire proceeding, Marcelo, though low-key and unassuming, stood out. In fact, he was brilliant. Cool and unflappable, he was so prepared, nothing could have surprised or unnerved him. x x x” (Philippine Daily Inquirer, 14 February 2001, at page B13)

In February 2001, Mr. Marcelo accepted an appointment as Solicitor General. As head of the Office of the Solicitor General (OSG), an office separate and independent from the Department of Justice, he gave exceptional focus on the much neglected ill-gotten wealth cases against the Marcoses and their cronies. His efforts led to the successful recovery of ill-gotten wealth amounting to billions of pesos. Having won all of OSG’s major cases during his tenure, he is considered as one of the most successful Solicitors General in our history.

These accomplishments led to his subsequent appointment as Ombudsman. Apart from being the youngest ever to be appointed to the position, Mr. Marcelo’s work in the fight against graft and corruption earned local and international recognition. Faced with severe lack of resources, he led a serious and effective crusade against corruption, earning praises from foreign and local media, including the Philippines’ normally critical newspapers. The Washington Post stated that Mr. Marcelo “restored credibility to that organization.” Mr. Marcelo also led the legal panel that successfully prosecuted and secured the conviction of former President Joseph Estrada for plunder. A well respected journalist, Juan Mercado, described him as follows:

“Exasperated by political infighting, George Washington wrote: ‘Few have the virtue to withstand the highest bidder.’ Simeon Marcelo had what it took. International and local observers agree on that.

Street yokels, like us, got a first close look at this 1979 topnotcher during the Estrada impeachment trial. People liked what they saw then: a talented comer without guile. In Adlai Stevenson’s words, he could ‘lead a cavalry charge without feeling funny astride a horse.’” (Philippine Daily Inquirer, 20 October 2005, at page A12)

Mr. Marcelo served as the Executive Secretary of the Asian Development Bank Administrative Tribunal from 2007 to 2010. He was also a Professor of Evidence and Trustee of Arellano University Law School from 2006 to 2008.

On 19 September 2008, Atty. Marcelo was appointed as one of the four members of the World Bank’s new Independent Advisory Board (IAB), which provides advice on good governance and effective anti-corruption measures to the Bank’s President, Audit Committee and Department of Integrity. In 2009, the Asia Foundation engaged his services as an International Anti-Corruption Consultant to assist in the good governance and anti-corruption projects of the Mongolian Government.

A recipient of the Crispin Llamado Scholarship Award, Mr. Marcelo graduated among the top ten of his class from the University of the Philippines College of law and placed 5th in the 1979 Bar Examinations. He is a member of the Pi Gamma Mu International Social Science Honor Society and the Order of the Purple Feather Honor Society. He previously served as the Chairperson of the Integrated Bar of the Philippines’ National Committee on Legal Aid and head of its Task Force on Child Abuse, as well as the Executive Editor of its Law Journal. He also served from 2009 to 2010 as the President of the Philippine Bar Association, the country’s oldest and largest voluntary organization of lawyers.

In January 2008, he returned to private practice and was engaged by the largest local power utility to defend against a hostile take-over attempt by the government pension fund backed by one of the biggest companies in the country. Marcelo’s legal team successfully defended against the take-over attempt by winning crucial victories at the Court of Appeals and Supreme Court. [GSIS vs. Court of Appeals, et al., 585 SCRA 680 (2009)] In 2009, the same Marcelo was again tapped by the Bangko Sentral ng Pilipinas (Central Bank of the Philippines) to prosecute the owner and officers of the Legacy group in the biggest bank fraud case in the country’s history.